Two southern Ocean County men are tied to a car-burglary spree in Long Beach Township, and police are on the lookout for more connected incidents.

Christopher Triandafilou, 24, of Long Beach, and Kevin Rogers, 25, of Tuckerton, were charged with burglary and theft after an investigation of reports that reached police on January 25 indicated probable cause, police said.

Authorites advise anyone with information that might be pertinent to the case to reach Detective Patrick Mazzella, 609-361-2073. They also advise residents and visitors to lock vehicles and secure valuables.

Charges are accusations. Defendants are presumed innocent unless, and until, found guilty in a court of law.

Best of the Web

Get an Edge on the Competition Today!

It appears that you already have an account created within our VIP network of sites on . To keep your personal information safe, we need to verify that it's really you. To activate your account, please confirm your password. When you have confirmed your password, you will be able to log in through Facebook on both sites.

It appears that you already have an account on this site associated with . To connect your existing account just click on the account activation button below. You will maintain your existing VIP profile. After you do this, you will be able to always log in to http://mybeachradio.com using your original account information.

Please fill out the information below to help us provide you a better experience. 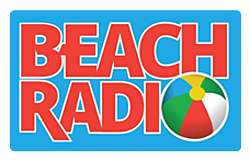